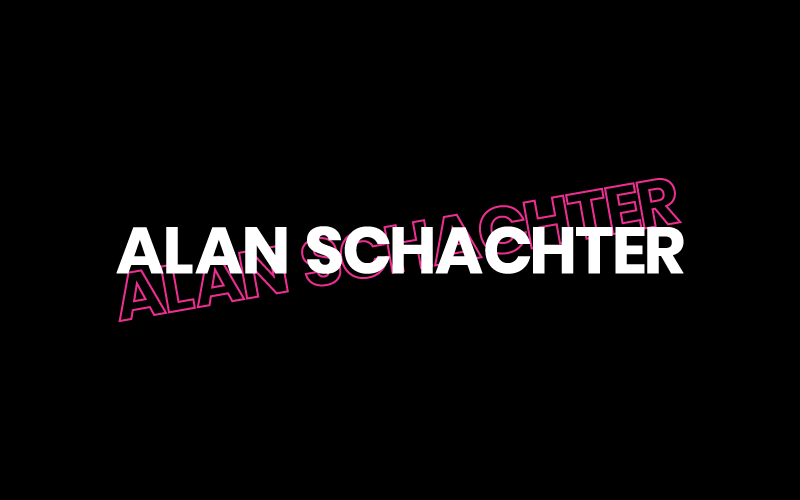 If I could summarize my entire design experience (past, present, and future) in just one word, that word would be perseverance. Everybody always says that you need to work hard to get the things you want in life, but a person can never truly prepare for the long and arduous journey towards success. It’s hard. Really hard. But it’s also amazing.

After graduating from James Madison University (go Dukes!), I wanted to jump right into the world of designing. And what better way to do that than to start my own freelance design business.

I also was the designer for a parody athletic wear clothing line called Two a Day Workout Gear, but that’s a story for another day.

I worked out of my dad’s office (he’s a CPA with his own practice), and any time one of his clients came in during tax season, I would ask them if they needed any design services. Most of the time, I got a lot of polite “no’s” or “send me your resume,” and to be completely honest, I wasn’t that good and pretty much had no idea what I was doing. Don’t worry; it gets better.

Not only did I have no idea what I was doing, I branded myself after a nickname given to me (thanks Nick). I also had dreams of being a famous rapper/designer named ATOWN and created www.atowndesigns.com and www.atownmusic.com with the help of my friend I met at JMU, Marc Peters, owner of Champion Since.

I know, I can already hear the laughs and see the eyes rolling.

But to be honest, this creative pursuit taught me so much about myself and what I was capable of when I put all my focused energy into creating something that fueled my passion for art and expressionism.


I did all that despite the laughs. I persevered.

But one of the most important things that happened in this crazy pursuit of a dream was that I met a person that would be instrumental in the next phase of my design career. And that person was Dave, owner of Silver Pro Entertainment.

At the time, Silver Pro Entertainment was located five minutes from where I lived in New Milford, New Jersey. I went for a run and passed by their office and decided to call them up when I got home. I needed a professional studio to record my music and had an excellent conversation with Dave on the phone. He told me to stop by and check the place out.

It was incredible. The studio, the lights, the equipment, the atmosphere; it was perfect.

After some more in-person conversations with Dave, he asked me what I did for a living, and I told him I was a web and graphic designer. He said he was in need of a designer and had a bunch of projects coming up and asked me if I could help them redesign their studio website. I was ecstatic. Finally, someone gave me the opportunity I worked so hard to find. It was now time to work.

The following is a list of skills and services I learned/offered towards the beginning of my freelance design business:

It was a great start, but I was determined to get more work and further cultivate my design career.

Small Biz Makeover is a website design and online marketing company — helping small businesses grow large. I reached out to Small Biz Makeover to see if they were hiring and got an email back from the owner, Jake. I submitted my résumé and portfolio and then spoke on the phone with Jake to get to know one another and to discuss a possible freelance opportunity that was available. He liked my style, attention to detail, and XHTML and CSS skills, and offered me the gig.

At the time, Jake and the rest of the team did a lot of their website work in WordPress, which was brand new territory for me.

They set me up with a “sandbox” site so I could get familiar with the platform and understand how WordPress worked. At first, it was pretty tough, but with a lot of practice and determination, I got the hang of WordPress and was ready to code my first website for one of their clients.

Unbeknown to me, learning WordPress and adding that to my arsenal of skills was pivotal to my design career.

Working out of my dad’s office was great on so many levels.

That last point was crucial to something that would change my life forever in so many ways.

One of my dad’s clients came in during tax season to meet with my dad about tax stuff. My dad’s client started talking about a friend of his that worked at an organization that helped give people who were Jewish a free trip to Israel called Birthright Israel. I was always interested in that side of my culture (I’m also Colombian) and continuously heard from people who went that it was an incredible experience. It was my last year of eligibility (age 26), and without knowing much, I decided to go for it.

My dad’s client put me in touch with his friend, who referred me to his colleague named Kim (who later turned out to be my roommate turned best friend turned colleague*. I know, crazy, right?). I spoke to Kim about 20 times a day trying to coordinate a trip for not only me but my cousins Alex and Steph and my neighbor Allie. After some phone calls, filling out applications and submitting our essays on why we would like to go to Israel, we were all set to go on June 11, 2014. A date I will never forget.

I can honestly go on and on about the fantastic experiences I had and all the magnificent people I met, but for the sake of time, I’ll save all the details for another blog post in the future. Stay tuned!

After my trip of a lifetime, I was even hungrier for more work, and more opportunities — traveling will do that to you. Because Kim knew I was a designer that had a freelance design business, she reached out to see if I could help create a flyer for one of her events at Jewish Federation of Northern New Jersey. I, of course, said yes, and then after I completed the project, she mentioned that her organization was looking for someone to hire part-time as a designer in the marketing department.

How could I say no…it was like the gift that kept on giving!

I started part-time, and then I was offered a full-time position as a digital design associate. All my skills, talent, hard-work, experience, and, wait for it, perseverance, enabled me to do some incredible work for the organization that made me incredibly proud to be Jewish.

Work was going great. I met some awesome people and really started to bond with some of my colleagues. Kim, my new friend Ethan and I went down to AC for Ethan’s birthday party. It was fun, and we realized how much we got along with one another.

A few weeks later, Kim and Ethan were talking about this opportunity called Moishe House and were debating on whether or not to join. Moishe House is an organization that offers young adults a chance to come together and build a Jewish community. The organization provides residents a place to live (apartment or house), and in return, the residents plan five to six events a month, in order to build a community in the area they choose to live.

After some discussion and hanging out some more with one another, Kim, Ethan, and I decided we wanted to become Moishe House residents in Hoboken.

Among many other responsibilities, I was in charge of growing our email database, creating monthly newsletters and designing emails in a web-based email marketing platform called Mailchimp. As a team, we threw 128 events in two years. We met some incredible people along the way, and I could not have been more proud of everything we had accomplished.

Side note — If you stuck with me this far, thanks for reading my first blog post!

Working at Jewish Federation was such a significant milestone in my life. I learned so much and truly grew as a designer and a professional. But like most of my endeavors, it was time for a change.

In the midst of working at Federation, I set a goal to create a brand new design portfolio with all my most relevant work. It was a way for me to put all my experience and creativity into something that I could showcase to the world, and hopefully, when the time was right, level-up my career and find a new and exciting job opportunity.

It took a long time — a lot of late nights, weekends, hard work, and extreme patience, but yet again, I persevered.

I saw a job posting on Indeed at a tech company called ZT Systems for the position of Senior Marketing Coordinator. I don’t mean to sound cliché, but the job posting read like it was literally written for me. It was exciting, nonetheless, and I applied immediately. The job was located right in Secaucus, eight minutes from my new apartment!

*Remember that girl Kim that was my roommate/best friend/colleague, well now she is my beautiful girlfriend and we live together in Secaucus, New Jersey at The Harper.

After some intense interviewing and a fun, creative marketing assignment created for me by ZT Systems, I got the job! I started in December and have been working there for about four months. It’s been such a fantastic time, and I’ve already learned so much. They are a private company, so I’m unfortunately not allowed to talk about the incredible customers we serve. Still, I plan on updating my portfolio soon with some of the work I’ve done that I’m allowed to showcase out to the public.

I’m not sure what the future holds, but rest assured, I will continue to work hard and persevere, despite the many challenges thrown my way. I’m looking at you, COVID-19!